Choosing Gratitude over Guilt – Perspectives on my Dad’s Sacrifice 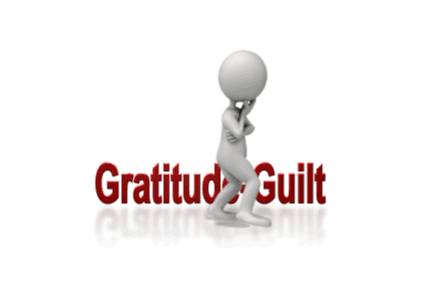 I have been pondering over this topic for the past few months and it became very clear only this morning, just in time for Father’s Day.  I thought of sharing my personal struggle through this challenge as a tribute to my amazing father, a brilliant soul, far ahead of his time, who was never fully understood or fully appreciated while he was still alive, except by a few.

Happy Father’s Day to you, Dad(s)!

I would like to share a story to help you get an idea of my dad’s loyalty and commitment to his children and the magnitude of his sacrifice.  My older brother and I grew up in India and finished high school in the 70’s.  India was very different at that time.  Very few professions could provide an income that could support a family and a decent home.  You had to be either a doctor or an engineer.  My grandfather was a surgeon and my dad was an engineer.  Having been exposed to both, my brother wanted to pursue engineering.

There were few engineering schools in India at that time who admitted students purely based on merit, i.e. the ranking based on an entrance examination, and several others that accepted a monetary donation for admission.  Since we did not have the money to afford the donation, my dad was keen on my brother doing well in the entrance exam to gain admission.  It was an extremely competitive atmosphere where 100,000 prospective students took the exam and only about 1,250 were admitted.

In order to coach my brother for the entrance exam, my dad took a year off (leave of absence) from his job at All India Radio (like the BBC), moved into his in-laws’ home and started brushing up on the Mathematics, Physics, and Chemistry requirements. He was an exceptional teacher and my brother did well on the entrance exam.  He was accepted into the engineering program at The Indian Institute of Technology (IIT), Madras.

My dad was thrilled and went back to work.  Unfortunately, even though he was a senior engineer, he was posted to remote locations to build new radio stations.  It seemed that they were punishing him for taking a year off from work.  The locations were remote villages in India with poor schooling, so my mother and I continued to live with my grandparents and my dad tried to live on his own.  His health deteriorated and he finally opted for early retirement.  When the time came for me to choose a major in college, I chose to become an engineer as well, mainly because I did not like blood.  So, long story short, my dad coached me for the same entrance exam and I was fortunate to gain admission to IIT Madras as well.

Now, to touch on the topic of this article, I think that my brother and I saw my dad’s sacrifice from very different perspectives.  My brother responded to my dad’s sacrifice and attention with gratitude, while I chose to respond with guilt.  The consequences of this choice impacted many areas of my life negatively.  To this day, I am still unaware of all the different ways it affected me.

I will, however, share some of the ways it colored my judgment.  First, I felt really bad for what he did and I felt that I was forever indebted to him.  Secondly, I felt mortified about having children as I wasn’t sure if I could sacrifice to the same level that my dad did.  His example set a very high bar for me as a father. Not being able or wanting to help as much made me feel guilty, until I was able to process these feelings and gain the correct perspective over many years.

On the other hand, my brother who accepted my dad’s help with gratitude, developed a very loving relationship with my father through his later years until he passed away in 2008.  Unfortunately, I was never able to build a great relationship with my amazing father.  Regret is a useless emotion; all you can do from your mistakes is learn.  Guilt also can result in anger towards the person.  As I have mentioned before, it is my intention to share my trials and tribulations with you, so that you may be able to avert the potholes of life that got me and make better choices.

Please adopt an attitude of gratitude.  It makes every day a better day!

Have a great day!

Up Next: Can Success be defined beyond Money and Power?