I am excited to be attending my first Wisdom 2.0 Conference this week from February 21-24th.  A friend of mine at the Omega Institute in Rhinebeck, NY recommended that it would be a great event.  Founded by Soren Gordhamer, Wisdom 2.0 addresses the great challenge of our age: to not only live connected to one another through technology, but to do so in ways that are beneficial to our own well-being, effective in our work, and useful to the world.

According to their website, the people at Wisdom 2.0 come from all over the world and from numerous vocations, including coaches; technology staff from Apple, Microsoft, and Twitter; as well as venture capitalists and entrepreneurs.  Everyone shares a common interest: to live with greater wisdom, purpose, and meaning, while using technology in ways that create a more open and healthy culture. 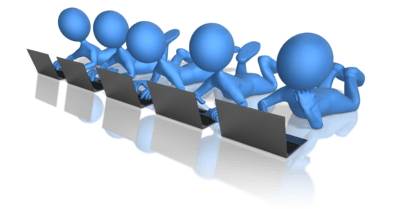 Unfortunately though, most of us have adopted technologies in the past without foreseeing its unintended consequences.  By the time we realize the consequences, it’s usually too late.  I am looking forward to spending time this week with over 1500 people from many walks of life and all over the world who want to use technology in healthier ways.

Over the years, my wife and I have had many arguments as to what is the appropriate amount of technology use for the children.  Most of their friends have several gadgets and games and she felt that they should not feel left out.  Having worked many years as a technologist, video producer and a learning game developer, I have been exposed to many of the recommended techniques to hook the user and hold their attention.  Without appropriate boundaries to curb their usage, one could easily get addicted to them.  You can read more about this in a Newsweek article published in July 2012 titled, “Is the Web Driving Us Mad?”

While it may sound preposterous to blame an external element for our problems, we need to be aware of the potential impact of a temptation.  There are two kinds of products that need to be examined carefully.  One is a product designed by developers, whether a game or television show, whose intent is to provide the immediate gratification necessary to hook the user and hold their attention for the purpose of making money off of them.  The second kind is those technologies that were originally designed to help, like Texting, but whose unintended consequences result in increased accidents and poor English skills.  Embracing the discipline of Systems Thinking is a great way to explore the unintended consequences of any new innovation and consider its ramifications at a societal level.

Eckhart Tolle articulates this problem very nicely in his book The New Earth,  “Science and technology have magnified the destructive impact that the dysfunction of the human mind has upon the planet, other lifeforms, and upon humans themselves. That is why the history of the twentieth century is where that dysfunction, that collective insanity, can be
most clearly recognized. A further factor is that this dysfunction is actually intensifying and accelerating.”

Broad based exploration and education of the potential long-term consequences of any technological innovation needs to be a key factor in introducing new technologies, especially to children.  Much like how new drugs have to be tested for a while to study their side-effects, we may have to consider similar methods for social technologies.

Making a good choice or even a deliberated choice is difficult for most people, who yield to their emotions and then rationalize their choice using logic.

Up Next: Choosing a Life Partner: How does one do it right?