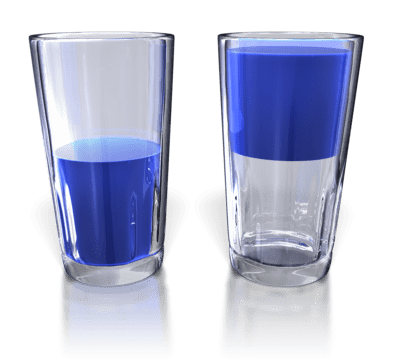 We have all heard the above phrase or been asked the question, “Is your glass half full or half empty?”

While I have preached this message to many on many an occasion, the context could not have been more appropriate than what happened with my 14 year-old son this week. This entire episode and the resulting lessons manifested in just one week, for which I am so grateful.

Earlier this Spring, he decided to try out for his high-school golf team.  So we got him a coach and he started to practice regularly at the golf range.  He even started to play on the golf course by himself and completed his first 18 hole-round a couple of months ago.  Since his goal was to get on the golf team, our strategy was to learn the course where the tryouts were going to be held and practice there.  He even went to the extent of practicing during the same time of the tryouts as he normally wouldn’t be awake that early.

I had also taken the time to prepare him mentally to accept not making the team, given that it was his first real season of golf, even though he had dabbled in it before.  Given his earnest preparation, he made the team on Tuesday last week and was thrilled.  All our friends and well-wishers were thrilled for him, too.

As being part of the team, he played in two matches during the same week and was very disappointed with his performance.  He was really upset that he was playing much worse that he did in the tryouts.  Here he was, having made the school team; something he really wanted and worked very hard for, and being upset in the same week.

The irony is that I hadn’t prepared him for the pressures of success.  He was unable to cherish his accomplishment for more than two days.  What happened here? 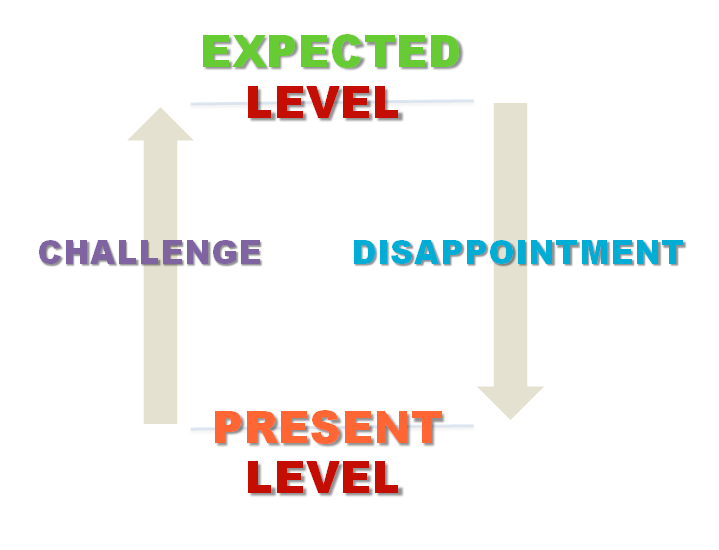 Upon careful reflection, I attribute it to the “Expectation Gap.”  We have had long conversations about this experience and believe that when he was yet to make the team, he saw himself as a new-comer to the game with expectations to match his level.  But the moment he made the team, the bar of expectation was raised to compete and play at a much higher level.  How do you realistically expect to achieve this in the same week?  Especially a game like golf which was so aptly painted on a cliff-side on a golf course in India, “Golf is a game played on a course five inches long–between your ears.”

Our minds can be so easily tricked, it’s not funny.   There is a story that I was told about George Bernard Shaw, one of my favorite authors, who had this to say at a meeting, “Fifty percent of you are fools.”  The audience got visibly angry and he quickly retracted by saying, “Okay, I take that back, fifty percent of you are not fools.”  The audience seemed quite relieved.  While we may read this as a joke, it is not too far from what happens in our minds.

A glass being half empty or half full is merely a similar choice of perspective.  Our state of happiness is merely a result of that choice.  Choosing our perspective and hence, our response, can be the difference between disappointment and a sense of accomplishment.  I have always told my kids, “You can measure your progress from zero or your lack of perfection from hundred.”  It is our conditioning and our choice that determines our state of mind.

“There are two tragedies in life. One is to lose your heart’s desire. The other is to gain it.” ― George Bernard Shaw, Man and Superman

Up Next: Winners and Losers vs. Settlers?