Mistakes, Conflict and Confusion—Manure for the Soul 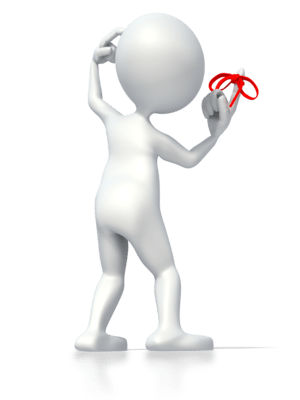 My wife and I were recently in a heated argument about setting clear boundaries with respect to texting in our family.  When I later walked upstairs, I noticed that our twelve year old daughter had gone back to her room and was curled up in her bed.  I went up to her and asked what she was thinking and she said, “I was trying to ignore the yelling about texting.”  I told her that we had since moved on from texting to learning and growing.

“Why weren’t you listening to our conversation?” I asked.  She said, “Because yelling is a bad thing and it is also unpleasant.”

No matter how hard we have tried to raise our kids to suspend judgment, they seem to grow up in a world where everything is instantaneously judged into the proverbial “good” or “bad” bucket.  As I am writing this, I realized that we were very much a part of creating that tendency starting from our labeling each of their early actions into “good job” or “bad job” or even worse, labeling them as a “good girl” or “bad girl.”  That’s one thing we were very careful about, making sure we labeled their behavior and not them.  This was artfully demonstrated when our son was about 4 years old and a visitor asked him, “Are you a good boy?” to which he replied, “I am always a good boy, but sometimes do a bad job.”

I can distinctly remember this exchange from 1992—I was collaborating with the Associate Dean of the School of Design at Carnegie Mellon University, an Egyptologist, on a multimedia learning project.  We were discussing the outline, when I asked, “Wouldn’t that confuse the kids?” to which he quickly responded, “What’s wrong if they get confused, it can actually help them.”  It was a huge ‘Aha’ moment for me.  Since then, my view on confusion has changed.  Learning, usually comes with some amount of discomfort and on many occasions, as a result of mistakes.  I only see mistakes as an opportunity to learn, once you make amends to anyone or anything that you may have hurt in the process.

We are wired to be wary of the unknown, primarily as a survival skill.  Uncertainty and a lack of familiarity leads to fear, the fear of the unknown.  So, anything new is scary to a point.  Some of us are comfortable with change, while most of us are scared.  And that’s okay.  At the same time, the only way we can grow is through change; doing the same thing over and over only produces the same outcomes.

At a recent conference organized by Arianna Huffington, “The Third Metric: Redefining Success Beyond Money and Power,” I had the pleasure of meeting Dr. Mark Hyman, a prominent family physician practicing a whole-systems medicine approach known as Functional Medicine, who elegantly defined stress as a real or imaginary threat to the body or the ego.”  I had not come across this definition for stress before and couldn’t agree more with it.

For our primitive ancestors, the unknown posed a real threat to their existence, but for most of us who live in a predominantly civilized world, the threat to our survival is mostly imaginary.  The more common threat that rears its ugly head almost on a daily basis in our everyday conversations is the threat to our Ego.  We then react as though we are in real danger.  I have to remind myself constantly that when I am offended, it’s my Ego that’s offended, and not me.  The Ego wants to be right, and it’s scared.  So, it is very difficult to embrace change.

Mistakes or conflict tend to disturb the balance that we crave and put us in a state of confusion or unease.  Folks who embrace or at least accept this state are the ones who grow much faster than the those who try to avoid or shun discomfort, new ideas or potential for change.  Wanting to stay in the comfort zone with the familiar is the Achilles heal for our own growth.

Up Next: Does it matter why you meditate?