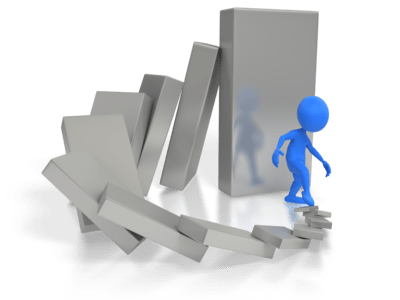 While many are struggling during these tough economic times, perhaps one of the most overlooked groups is that of our Veterans.

These heroes, whose lives are called to go above and beyond, often return home to find a supportive community—but even with all the support that they can find, they end up struggling with their greatest combat, the “war within.”  The toll of this “war within” leaves some of them even losing the support of their families, their community and eventually, their lives.

Our soldiers are coming back home to fight a battle they didn’t even know they signed up for; one of internal demons, PTSD, and more.  Last week, I heard the term moral injury added to the list.

While I don’t want to sit here and belabor the issue, the alarming rate at which veterans are committing suicide is a tragedy.  At a rate of 22 suicides among veterans a day, the amount of veterans that are engulfed in this kind of suffering is staggering and exceeding the number we lose in combat.

While the intentions of the media is to raise public awareness to the tragic social issue of Veteran Suicides, the increased attention and publicity may actually do more harm than good, if we do not swiftly switch from dwelling on the problem to solving the problem.

From Raising Awareness to Mobilizing Action

While awareness about the issue must take place in order to mobilize the people to take corrective action, there’s been studies that suggest that giving too much attention to those who have taken their own lives may result in the unintended consequence of increasing the very issue we want to avoid—more veterans committing suicide.

Why would this happen?

In 1984, Robert Cialdini wrote the now classic book Influence, which cites social proof as one of the major factors of influence.  In direct terms, social proof is “where people assume the actions of others in an attempt to reflect correct behavior for a given situation.”

Let’s examine this in the context of suicide among veterans.  For those that are coming back and dealing with the uncertainty of how to deal with such traumatic experiences will tend to look to their fellow soldiers to understand how to cope with the aftermath.  Seeing reports of other veterans committing suicide in large numbers across the media, the unintended consequence could be that it provides social proof of suicide being an acceptable solution.

In other words, when people dealing with uncertainty are presented with choices, they look to similar people like them to make their choice.

The effects of how social proof can skew choices is not isolated to veterans. In fact, just recently, the entrepreneurial world lost one its youngest and brightest talents, which made this Forbes reporter appropriately ask, “Does Making Aaron Swartz A Martyr Endanger Other Suicidal People?”  Tragically, one month after Aaron Swartz committed suicide, notable entrepreneur Jody Sherman did so as well.  While we cannot say the media attention Aaron Swartz received pushed Jody Sherman to commit suicide, it has been documented that this level of media attention does increase the likelihood of suicide (Preventing Suicide and Media Contagion And Suicide).  We may have come across the terms “copycat suicides” or “suicide clusters” as well.

Social proof, as well as the other invisible cues, often drive our choices, but what is tragic is that these choices are made unconsciously or in an auto-pilot mode.  We face many choices every day and fail to make a mindful effort to consciously choose which way our life will be swayed.  Even though these elements carry so much power, we seem to deploy them without fully understanding their consequences.

Whatever you’re going through, whether small or large, our choices, and the forces that drive them, are to be taken with great attention.

The point of the article was not to point fingers at the media, but rather to demonstrate how such invisible forces, such as social proof can harm those who have done so much for our country.

It is time for those of us who can bring solutions to help address the issue of Veterans Wellness to come forth and help our heroes live a life of honor and dignity that they have earned and richly deserve.

Please share your ideas freely in the comments section below.  I promise to look into each of them as part of my work at the Mindful Nation Foundation, a brainchild of Congressman Tim Ryan, author of A Mindful Nation.

To all the veterans who have courageously served our nation, may you find solace in your struggle and unveil peace in your life.

Up Next: Sparking a Mindful Nation: My Journey through Wisdom 2.0