Some call it a mere coincidence or just a happenstance; others refer to it as co-incidence.  I have always been open to such occurrences and they seem to happen quite often to me.

The term Synchronicity was coined by Carl Jung in the 1920s to express an apparently meaningful coincidence in time of two or more similar or identical events that are causally unrelated. He believed that it was a glimpse into the underlying order of the universe.

Merely accepting that the universe manifests in mysterious ways that my mind may never comprehend has helped me experience this magic on numerous occasions.  Just recently, it happened again. 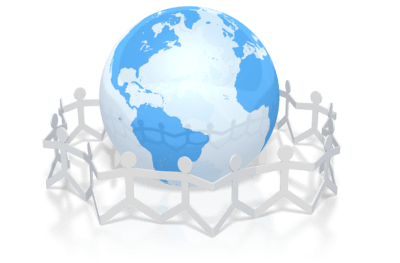 I was wondering a few days ago about celebrating my book, Beyond the PIG and the APE’s first birthday, but had no idea what to do.  Conjuring something just so that I can have something to say or do was not so appealing to me.  So I surrendered to the universe with what I now refer to as authentic intention with no specific expectations.

Just a day later, I was notified that a website InspireMeToday.com chose to feature me as their Inspirational Luminary on June 28th, which also happens to be my grandmother’s birthday in whose honor I had released my book last year, based on a response to a request that I had submitted in March.  How coincidental?  They asked if I could share 500 words of wisdom to summarize what I’ve learned so far in life.

Click the link below to read the rest of the feature.

Be open to the magic of the universe.

Up Next: Comments on my 500 Words of Wisdom featured on InspireMeToday.com