Winners and Losers vs. Settlers? 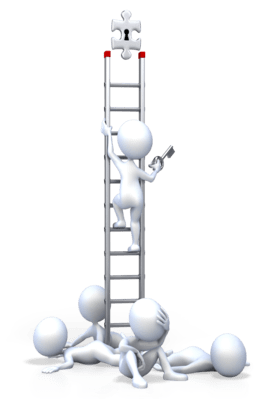 Many of us seem to be preoccupied with the notion of winning versus losing.  We talk to our kids about winners and losers.  “Don’t be a loser,” is a harsh criticism used fairly often.  I constantly remind myself of a statement by Marshall Rosenberg, founder of Nonviolent Communication, “How do you do a don’t?”

Inspired by Marshall, I now try to phrase actions with words that guide me to do something as opposed to not doing something. Actively making a choice is far better in the long run than unknowingly accepting the default option.  People who accomplish many milestones in life usually live intentionally and make deliberate choices.  They never settle for the default without considering other options.

I am yet to come across someone who wakes up in the morning and proclaims, “I want to be a loser?”  That is not a choice anyone that I know would consciously make.  But, those who struggle to achieve goals or realize their dreams tend to settle for whatever is presented to them or the circumstances that show up in their lives and in the process, give up their power to exercise their choice.  Some of them will even use their rationalizing mind to come up with great reasons, which I tend to label as excuses.

We have all heard the world famous Scottish legend of Robert the Bruce and the spider.  In the early days of Bruce’s reign, he was defeated by the English and driven into exile.  He sought refuge in a small dark cave and sat and watched a little spider trying to make a web. Time and time again the spider would fall and then climb slowly back up to try again.  Finally, as the Bruce looked on, the spider managed to stick a strand of silk to the cave wall and began to weave a web.  Robert the Bruce was inspired by the spider and went on to defeat the English at the Battle of Bannockburn.

While the term “loser” tends to carry a lot of emotion, it is its insidious cousin “settler” that will set you on the path to sub-optimal returns.  Blindly accepting the status quo robs you of the learning that comes even if you pick incorrectly.  The power of the human spirit to bounce back even from seemingly terrible events such as the Holocaust is just incredible.  To gain a deeper perspective on the resilience of the human spirit, please read How overcoming adversity DOES help you live longer: Men who survived the Holocaust outlive Jewish men of the same age.

In most instances, the risk of taking a chance is not as high as the regret you experience when you are in a nursing home reminiscing about the things you did not get to do.  When most reach this realization, it’s usually too late for them to do anything about it.  As a species, we are wired to avoid unpleasant circumstances or discomfort.  Feel the fear if it shows up, learn to be careful and take the proverbial plunge.  Just make sure you are not putting yourself or others in physical danger or any other grave irreversible situation.

You may have heard it from Robert Kennedy, the words of George Bernard Shaw, “Some people see things as they are and say why? I dream things that never were and say, why not?”

Make a choice, pick something.  Erase “settling” as one of your options.

Up Next: Staying within the Lines vs. The Safe Zone