Courage vs. Confidence: It’s all about Failure 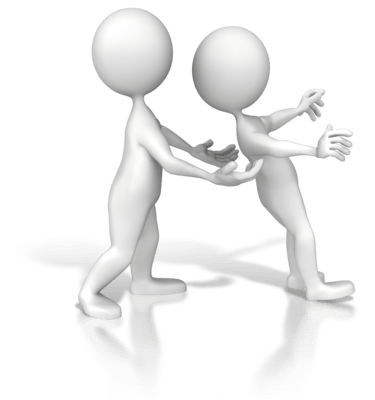 Confidence is a topic that’s used fairly often and many of us are either asked to develop it or we wait to gain the confidence before we venture out and attempt something new.  A few days ago, my wife was talking to me about the importance of confidence in our children, both in the context of sports and interacting with others.  In fact,  I have heard the phrase, “I don’t have the confidence or I am not confident about doing that,” at work and at home.  It seems that many of us want to be confident before embarking on a new journey or even trying a novel approach. Why is that?

We are concerned about the outcome.  We are attached to the results, much more so than we would care to acknowledge.  We want to look good in front of others.  I had mentioned in an earlier post about my 14 year-old son making his high-school golf team.  Now, golf is a game where your performance can be measured by anyone via just a single metric—your score, unlike other team sports like basketball, where you are given credit for rebounds, assists, shots, blocks, etc.  Interestingly enough, I have a dear friend who gave up the game of golf because he could not blame anyone else for his poor performance.  No matter how much we try, our egos seem to get attached to the outcomes.  Ironically, it’s our concern about the outcome that makes us choke and perform poorly, which eventually leads to lowering our confidence. 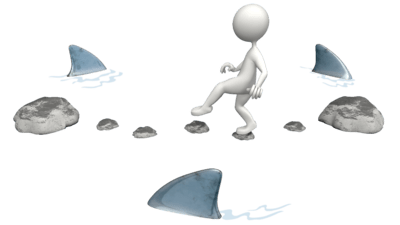 Recently, I was in one of my pondering states and the word courage popped into my mind.  I began to wonder about the difference between the words, confidence and courage, as I recall hearing them used synonymously by some, when the notion of failure came to light.  I soon realized that the distinction between the words can be made along the dimension of our attitude towards failure.  Courage is all about taking action, even if we are not confident about achieving the desired result.  Many times, the action needs to be taken in spite of the fear.  So, whether or not we take the plunge is primarily based on how we feel about failure.  If we fear failure or are ashamed of it, the chances of making a move is greatly diminished.  If we view failure merely as not getting the results we set out to achieve, we can use the occasion as an exercise in learning to improve ourselves and our future actions.

Trust, belief and competence can lead to building confidence.  Building confidence through practice is a great idea, but it needs courage to take the first step, whether it’s swimming or riding a bike.  Confidence too, can be a double-edged sword.  Blind confidence without any basis can really get you in trouble.  Similarly, being courageous does not promote being reckless and doing stupid things.  Courage involves taking risks where the irreparable damage can be absorbed by the players involved.

For example, in many instances in life, when there is uncertainty about the outcome, you most likely are not going to be very confident.  In this case, the lack of courage can keep you from even participating and having a chance to be on the field.  Being a player on the field or a spectator of life can mean a very different life experience in terms of its richness.  If you wait to attain confidence, you could miss a lot.

I truly cherished the quote, “Failure is not an option,” that President John F. Kennedy crafted during the space program to motivate NASA to put our man on the moon.  It was a sticker on top of my office door for years from when we won a sweepstakes and visited the Kennedy Space Center.  Last week, I realized the message that it was sending our children while being interviewed on the Dr. Kay Show addressing ‘back to school’ topics on WCEM 1240 AM Cambridge, Maryland.  I took it down right at that moment of awareness in the middle of the interview.  I am sure JFK meant to say, “Don’t give up or don’t quit.”

In summary, accepting failure with grace after you have put in the effort and preparation is key to long term progress.  Viewing confidence as not failing can inhibit both innovation and growth.  You tend to lose the much needed courage when failure is seen as a bad thing.

Peace and be well,

Up Next: Intention vs. Agenda --- Letting Magic Happen